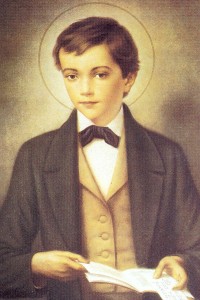 I added a fourth Path to Virtue based on the life of St. Dominic Savio. Dominic is a great saint and the youngest non-martyr canonized. He led an exemplary life and impacted the lives of many. Amazingly, he did this while living only fourteen years.

Dominic provided two paths to virtue. The first, he adopted at age seven and the second at age twelve.